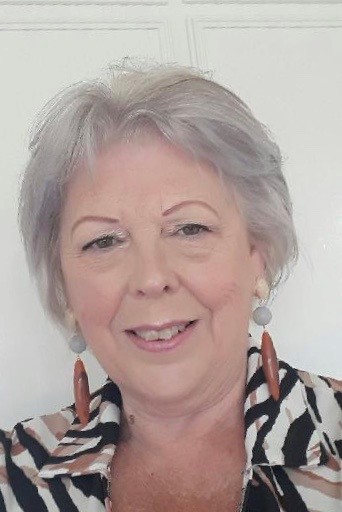 Richard Wilson, much loved for One Foot in the Grave would have said, “I don’t believe it” and at this moment in time neither do I.
I originally started to write my message on Saturday 5 September, and I began by saying how wonderful it was to mention the WIs that had now managed to hold their first post lockdown meeting. Move on to Tuesday 8 September and a very upbeat Board meeting with Hilary Robson telling us about Lowgate’s first meeting. I gave a report on my attendance at Cullercoats’s first meeting which was excellent and said that I was looking forward to the Old Hartley (where I am a dual member) meeting later in September. We had heard about meetings at Craster WI and at Widdrington Station and all was looking so positive until later that evening and the new Government restrictions on social meetings and the implications therein.
I am hugely disappointed that for the foreseeable future meetings of a social nature, which sadly includes WI monthly meetings, are restricted both indoors and outdoors to a maximum of six people. This is such a hard blow after all the hard work done by individual WIs, Federation and National to move forward for all of our members. Many WIs have been meeting socially in parks and of course this is now illegal for groups larger than six. Also restricted to six are the many walking groups etc where members enjoyed a stroll or more strenuous walk together (suitably distanced of course) and managed to follow it with coffee and cake at a nearby café.
Southridge WI had even managed to hold their first post lockdown Flower Club meeting at Cresswell House on the morning of Wednesday 9th and I am sure that you can guess what the topic of conversation was amidst the beautiful blooms and arrangements that were created. They have decided to carry on and meet at Cresswell House for the next few months but there will be two groups meeting, one morning and one afternoon and each will have no more than six members.
It does seem that we are all determined to carry on the best way we can as it all comes down to adapting to the regulations in place. I know that Karen Coleman’s paper cutting workshop will go ahead at Cresswell House, but it will be restricted to five at each event instead of the hoped for eight. Thank you so much Karen for agreeing to still run the class, not only to bring to Federation some much needed funds but also to allow members to meet up once again to learn a new skill.
I can only urge you all to do the very best you can and please keep in touch with each other. The Board and I will keep you updated with news and guidance from National and don’t forget our new strapline:

As you will see I have even kept it suitably spaced!
Please stay safe and well and keep your efforts and stories coming into us at Cresswell House.
Marj x