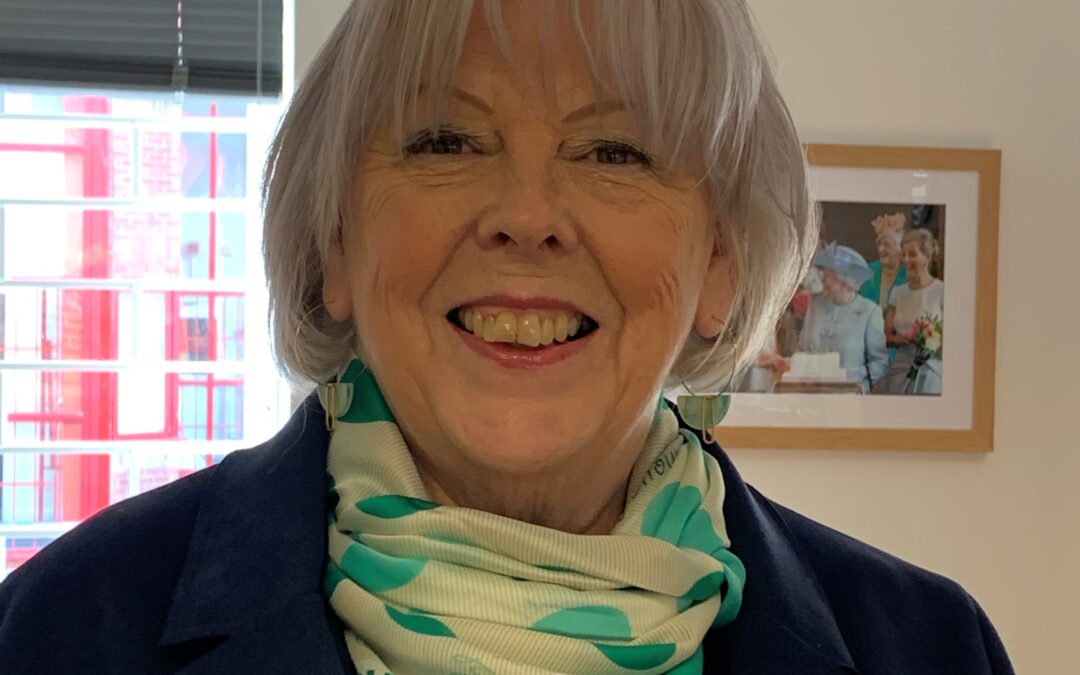 I really do want to begin by wishing you all a Happy New Year but it is hard to follow it up when you consider the current situation regarding the pandemic. However I do hope that, by the time you receive this, many of you will have already had your first vaccination.
In December I was invited to a virtual coffee morning with Stannington WI. What an entertaining morning we had with the highlight being Chris Bound’s retelling of her telephone conversation with the PM Boris Johnson. Maybe she will put something on the website? On the subject of meeting members, which is of course difficult at the moment, of all the unlikely places I met a member of Jesmond WI in the dentist’s waiting room just after Christmas. I was very remiss and didn’t ask her name and of course we were both fully masked. But I hope to see you, unmasked, at some time later this year and of course flashing super smiley teeth.

Sadly, just before Christmas, the Office was informed of the death of former Chairman of Tyneside Federation, Irene Brotherton. Irene served three different terms as Chairman and was a member and founder President of North Gosforth WI. She was certainly quite a character and many will remember her roles in the Tyneside show alongside Ding Bell (the time she once dressed in a pink tutu springs to my mind). A message of condolence was sent to her son Tony and all the family on behalf of the Federation.

There has been many highlights since the last Newsletter with Chris Butterworth of Thropton WI celebrating her 70th birthday by walking 70 miles to raise money for North Northumberland Hospice and Kim Suleman of Cullercoats WI receiving an award from the Mayor of North Tyneside for her tireless work in organising laundry bags and twin hearts for the local NHS and for making poppies and co-ordinating poppy displays in the local shops. Well done ladies, you are what the WI stands for and show the real spirit of the Organisation.
The Office has received more donations to funds, three very large donations came from Acomb WI, Halton Lea Gate WI and Guidepost and Sheepwash WI and several other donations were received from Garden Village WI, Southridge WI, Stamfordham WI and individual donations came from Moira Bengtson and Noreen Brent. My very grateful thanks and those of the Board go to you all for your generosity and kindness in what has been an unprecedented time for us all.
You may remember that our Annual Council Meeting at the RGS was postponed twice last year until April of this year and I did mention in the December Newsletter that the situation may change and indeed it has. Once again we have postponed until October this year. You will be notified of the new date in the next Newsletter and let us hope that we will be able to proceed this time.
Finally I do feel that at times like this we need something to make us all smile and I found just what I was looking for in a book I read recently entitled “Dressed for War”. It was a biography of Audrey Withers who was editor of British Vogue during the Second World War. She was a no nonsense lady and was aware of the need to keep spirits up for the many readers of Vogue but even she despaired when she realised that the government of the day had so much control over people’s lives that they could stipulate the width of a gusset in a pair of ladies knickers. Please tell me it will not come to that in 2021!!!
Stay safe and well
Marj x